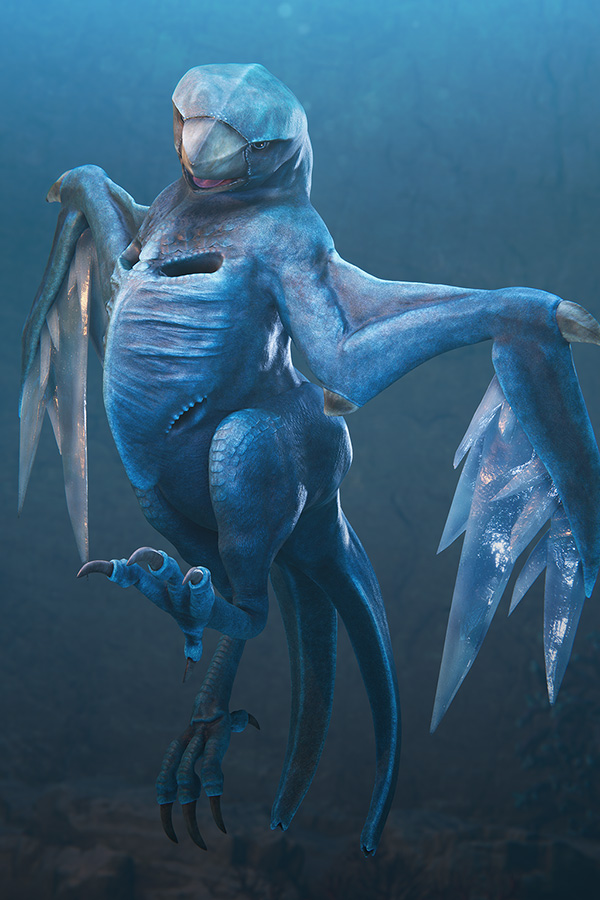 A species evolved from birds that have adapted to the glaciered ocean. The holes, which used to be nostrils, open wide in the chest to take in water, allowing complete underwater respiration with dissolved oxygen. The high-performance respiratory organs of birds, called air sacs, evolved into “heat sacs,” which gives them the ability to extract not only oxygen but also heat from the water they take in during respiration, or to release body heat. Their wings also secrete a unique substance used for heat exchange, which reacts with seawater to crystallize and adhere to the body. These “crystalline wings” store heat or cold extracted from the heat sacs and can be retrieved as needed. Having evolved an unique metabolic system that makes them the only “variable-blooded” species on the Earth, Tuai can change their body temperature in a second according to the level of activity required, and switch between active and dormant states. This extremely efficient metabolism has dramatically reduced the need for food intake and has also increased their lifespan. Some of them live for thousands of years at the shortest, and hundreds of thousands of years at the longest.